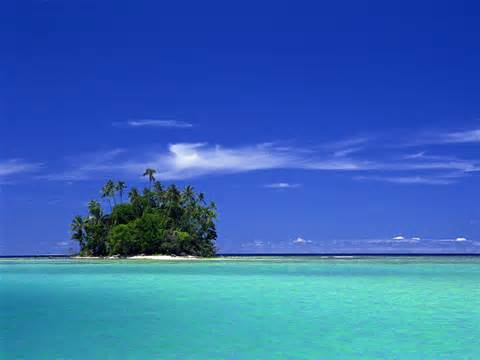 This scattered archipelago is found east of Papua New Guinea. The estimated 2,000 land form is mostly made up of mountainous islands and some are coral atolls. It was believed that the islands were populated by humans during the early 2,000 BC, and this was discovered by Spanish explorer Alvaro de Mendana. The Solomon Islands are place of a lot of natural wonders and home to some species that are not found anywhere but in these islands only. Here are some of the natural wonders that are popular in Guam.

Tenaru Falls
Your vacation will never be boring if you experience the spectacular Tenaru Falls in the largest island in this archipelago, Guadalcanal. This falls is known to be the most beautiful in the entire South Pacific. Of course, you must traverse the bushes of the Lengo and Malango Mountains for at least two hours before you can enjoy the refreshing waters given by the Tenaru falls. For some years, the falls was closed for tourists because of the coup d’état that happened in on 2000. But after that, the visits returned to the usual and the beauty of the Tenaru Falls has never changed.

Lake Te’Nggano
Residing near Rennell Island, this is considered one of the most beautiful freshwater lakes because of its habitat provided to unique endemic species of flora and fauna. Inhabitants near the lake call it Tegano or Tungano which means big water because of its 10 kilometer wide having an area of 155 square kilometer. This lake actually occupies about 18% of Rennell Island. Animals living in the area are plentiful with some having unique physical features such as the coconut crab, Rennell Starling and Rennell Shrikebill. It was recorded that more than 700 insects have been identified in Rennell and Bellona islands.

Marovo Lagoon
The largest saltwater lagoon in the world is found in Solomon Islands – the Morovo Lagoon. This is located north of Vangunu Island. This lagoon is a flourished home to floras and faunas because of its clean waters and abundant resources suitable for animals to live. Morovo lagoon is even nominated as the World Heritage Site. The lagoon is covered with Rom volcanic islands in which some are still active and coral islets that provide home to fishes and other aquatic animals. This is why many tourist love to spend their time relaxing here in Marovo Lagoon. Fishing, swimming, walking, or just taking a break to the stressful job, is the activities that one can do in this hospitable island.

Munda
Around this island, the waters are alive with the abundant life it possesses. The archipelago of Solomon Islands has been made a battlefield during the World War on 1942. Just about in the Western Province, you can find the Roviana Lagoon where some remains of the World War II has given home to fishes and other marine animals. This is a perfect spot for divers that want to see the spectacular marine life in Solomon Islands, along with the Rainbow Passage which has massive sea-fans and amazing coral formations. And because of the perfect home that the corals give, fishes are abundant here. And because of the plentiful fishes in the area, marine predators are also present to hunt the small fishes. Sharks and rays are among the predators that patrols in the Munda waters.

Vihona Falls
If adventure is what you want, then try going to Vihona Falls by just walking. It is not that you have a choice, because the path to the falls is found deep in the rainforest of Guadalcanal in the Lhamas Mountain range. This is a great trip for adventurers because along the way, you can marvel at the amazing life that the rainforest has provided. But if you are really tired to go on adventuring, then just request a trip with a helicopter.

Natural Wonders of Oceania is all about the spectacular, the beautiful, the amazing wonders of nature found throughout the continent of Oceania. This site is here to provide you with the information you need to become inspired to go explore and experience these wonders of nature.