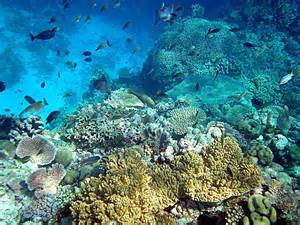 Papua New Guinea, which is officially the Independent State of Papua New Guinea, is one of the countries in Ocenia, which occupies numerous offshore islands in the western part and the eastern part occupies the island of New Guinea with Port Moresby as the capital. It is known to be one of the countries with the most diverse culture due to its several traditional societies, and 850 indigenous languages with only less than seven million of population. This country lies in the Pacific Ring of Fire which makes tsunamis and earthquakes very common disasters. Despite of the fact that it is within the Pacific Ring of Fire, Papua New Guinea is still endowed with beautiful natural resources.

Sepik River
First is the Sepik River in Sandaun area is considered one of the biggest and most important rivers in Papua New Guinea. It is also described as a vast grassland reserve, surrounded by one of the greatest rivers running with 1126 kilometers through the Papua New Guinea provinces of Sundaun and East Sepik, with a small portion flowing through the Indonesian province of Papua. The people in the area depend on the river for transportation, food and water. People truly value the gift of nature and so man, nature, crocodiles and the river have been living with mutual respect for each other. It is also known with its quality wood carvings and the architecture of its Haus Tambarans or what they call Spirit Houses.

Louisiade Archipelago
Louisiade Archipelago is located 200 km southeast of New Guinea. It extends over more than 90 miles and extends over the ocean area of 10,000 square miles between the Solomon Sea at the northern part and the Coral Sea at the southern part. The accumulated land area of the islands is about 690 square miles, with Vanatinai as the largest. The islands have a moist tropical climate and are widely covered with warm and humid forests. The Louisiade Archipelago rain forest build a distinct ecoregion and has numerous local species, including five frog species, two lizard species, five bird species, and several native trees. The Louisiade Archipelago is composed of several groups of islands namely Misima Island, Vanatinai or Tagula Island, Yeina Island, Rossel Island, Calvados Chain, Deboyne Islands, Bonvouloir Islands, Renard Islands and Daloloia Group.

Black Cat Track or Black Cat Trail
Black Cat Track or Black Cat Trail is a rough overland track located in Morobe Province, which runs from the village of Salamuaon the coast of the Huon Gulf and south into the mountains to the township of Wau. Today, the Black Cat Trail is only remembered for its difficult hike through rigid terrain and its historical side is already dismissed from the minds of the locals. Some hikers if not all, know that there is World War II story behind it, and that is all. During the war, so many men offered their lives defending their country and the world, from the Japanese Empire. If you explore the place, you will see many war relics like guns, clothing, cargo plane wreck, munitions and bomb craters. In addition, it has an abundant flora and fauna gifted with wild orchids, butterflies, Niugini Fowl, Birds of Paradise and many more natural wonders to discover.

Witu Islands
Witu Islands, which is also called the French Islands, is a very pretty island group which offers a lot of activities for visitors. The islands are of volcanic origin and are located in the Bismarck Archipelago with Garove and Unea as the biggest islands. While, in the islands you can do several things like village visits, swimming, diving, archaeological artifacts, snorkeling, and glass bottom boat excursion. Its land area is only 96 square kilometers but has a lot to offer. You can also have a close encounter with big fish like barracudas, sharks, trevally, large dogtooth tuna, and Spanish mackerel.

Natural Wonders of Oceania is all about the spectacular, the beautiful, the amazing wonders of nature found throughout the continent of Oceania. This site is here to provide you with the information you need to become inspired to go explore and experience these wonders of nature.